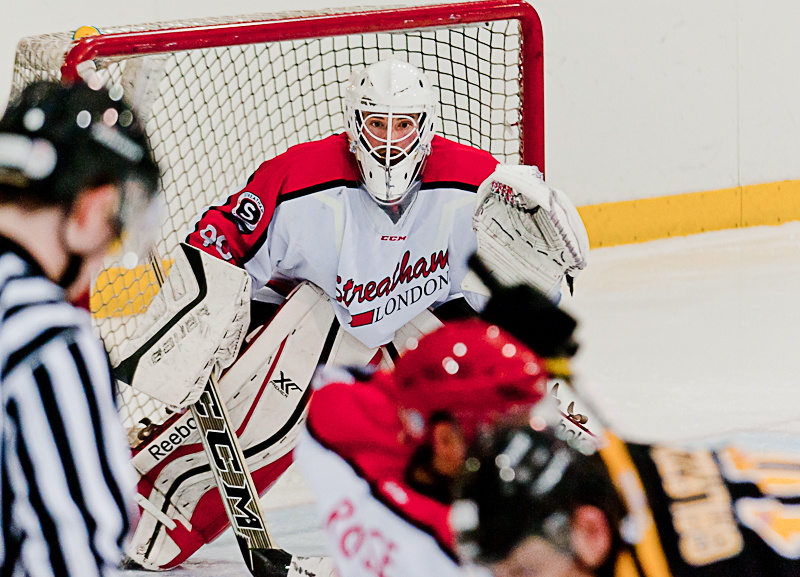 Streatham enter 2018 in much the same way they began 2017 – looking to climb the league table and working towards success in the National Ice Hockey League Cup and play-offs.

A poor start to the league campaign has left the RedHawks with little chance of league honours despite a recent upturn in results, writes David Carr.

But the format of the season still leaves the South Londoners with hope of lifting a trophy or two by the end of the campaign.

Streatham were unfancied to compete for any trophies following a summer league restructuring, but they have beaten a number of the bigger clubs and are playing with a confidence lacking when the first puck dropped in September.

Wins over big budget sides such as Swindon Wildcats, Basingstoke Bison and Bracknell Bees have been a pleasant surprise, but slip-ups against traditional rivals London Raiders have tempered expectations.

“It’s been a rollercoaster first half of the season, but knowing we have a team that is competing and winning games is motivation enough to keep at it,” said head coach Jeremy Cornish. “The second half will be crucial for the team, we have a massive cup quarter-final coming up and the play-offs at the end of the season.”

Streatham host Milton Keynes Thunder in the league on January 6 and will be looking to make it back to back victories against the Buckinghamshire side, who they beat 4-0 in their final game of 2017 a fortnight ago.

“Consistency is the key for us going forward,” admitted captain Adam Carr. “We know from experience this year that we can’t switch off any nights or we are going to get punished.

“So far it’s been a tough season, but it wouldn’t be fun if it was easy, we are unbeaten in the cup which is a great achievement, we just need to take that form consistently in the league.”

Streatham are likely to be at full strength as they take to the ice in the New Year with only defenceman Jordan Gregory an injury doubt.