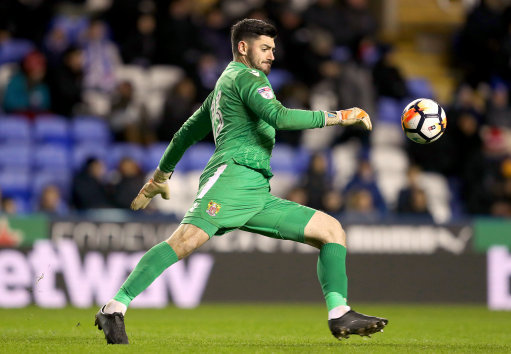 Loan keeper Tom King somehow clawed away a 75th-minute Maxime Biamou howitzer in the dying seconds to ensure AFC Wimbledon won a share of the points in their first home game of the campaign against Coventry.

The Millwall stopper helped his host club keep a clean sheet while at the other end Kwesi Appiah hit the inside of the post with a header and was also denied by Liam O’Brien in the first half.

King also judged well to hold Amadou Bakayoko’s attempted chip, while Neal Ardley’s side dominated possession in the closing stages but could not break the deadlock.

The home manager also claimed the hosts should have had a penalty in added time as sub Scott Wagstaff was impeded as he tried to get to the ball in the area.

Next up for Wimbledon is a Carabao Cup first round tie at Portsmouth on Tuesday night.