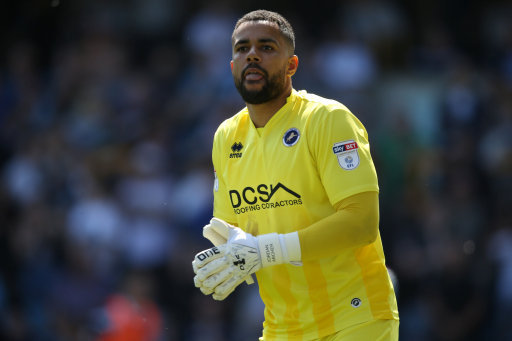 Millwall twice hit the post in the first half but ended up clinging on in the closing stages as they claimed their first away points of the campaign at Blackburn.

Jordan Archer produced a man of the match display as Millwall continued their unbeaten start to the Championship season with a 0-0 draw at Ewood Park.

The Lions goalkeeper made a flurry of impressive saves to ensure that his side left East Lancashire with at least a point.

Millwall made all the early running and could have been comfortably ahead in the first quarter of the game. Firstly, Jed Wallace volleyed wide after good work from Steve Morison before George Saville smashed against the Blackburn post from long-range. Lee Gregory couldn’t convert from the rebound, but the flag had been raised anyway.

The Lions continued to threaten, and Morison was extremely unlucky not to break the deadlock. The captain’s low driven effort looked like it was heading towards the far corner, but it cannoned back off the post and away to safety.

Blackburn struggled for much of the opening period and had to wait until the final minutes of the half before they threatened the Millwall goal. Jordan Archer had to be alive to deny Bradley Dack’s curling free-kick and could only watch as Darragh Lenihan headed onto the top of the crossbar from Dack’s cross as the half ended.

The second-half was a totally different affair and the hosts started it how they finished the first.

Danny Graham had two golden opportunities in as many minutes, both supplied by Dack, but on both occasions, Archer was quickly off his line to keep the scores level after spreading himself.

The home side continued to dominate but were thwarted by the impressive Archer. This time, Joe Rothwell produced a stunning strike from long-range, but the Scot was there to turn his effort around the post.

Both sides went all out to try and get their first league victories of the season and Neil Harris even threw on recent signing Jiri Skalak, but the late stages of the game were uneventful and points were inevitably shared.