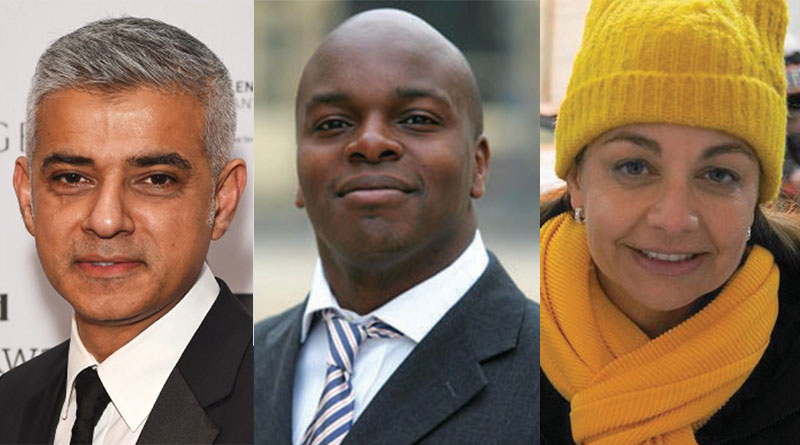 Mr Khan, who is running for a second term at City Hall, is a vocal opponent of Brexit, and has campaigned for an open and inclusive city.

The Mayor also promised to introduce a new travel pass to help disabled Londoners if he is re-elected in May.

Conservative Mayoral candidate Shaun Bailey reflected on violence in the capital ahead of the new year.

In 2019 there were more homicides in London than any year in over a decade.

Mr Bailey called for a “tough and tender” approach to serious crime that gives “hope and opportunities” to young people.

In a video on Twitter, he said: “Behind every murder there are real people, real lives and real stories.”

He added: “The young people I’m speaking to now are talking about knife crime as a social mobility issue.

“They say they’re concentrating more on their safety than they are on their future. That’s got to stop.”

She said it was “disappointing that we ended 2019 with the election results that we had”.

Britain elected a Conservative government on December 13, with Boris Johnson’s party winning 365 seats – a majority of 80.

Labour has 203 MPs, and the Liberal Democrats won in 11 constituencies.

Ms Benita called on “liberals, progressives, and people at the centre of our politics” to work on “keeping us close to our European neighbours, tackling the climate crisis, and really looking at the reasons for the inequality that we still have in our society” in 2020.