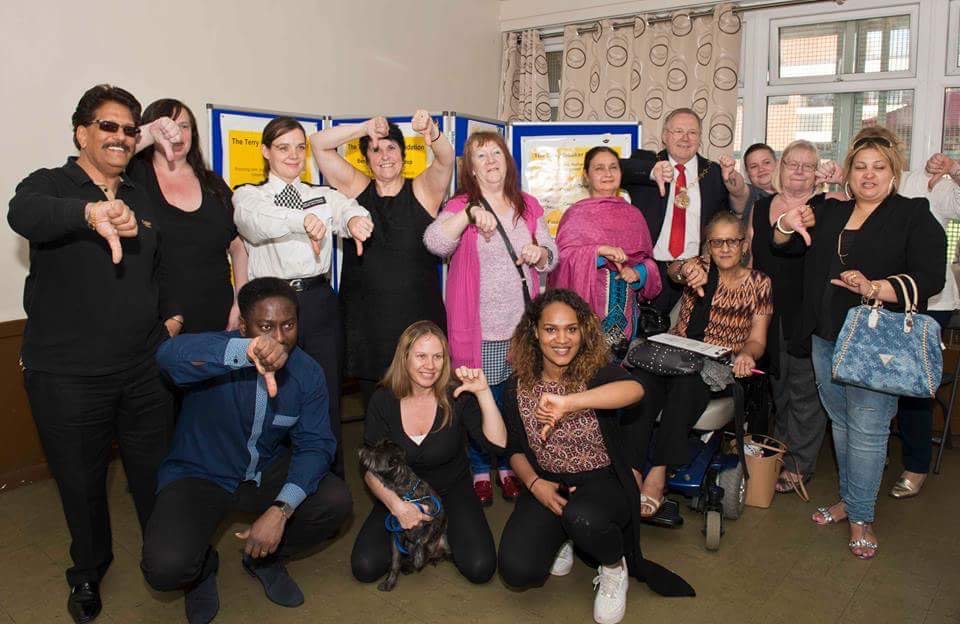 The mother of a teenager who was stabbed to death in South-east London is gathering bereaved parents to make a stand against knife crime.

Lynne Booker, of Greenwich, lost her son Terry Booker after he was stabbed to death in Plumstead in 2000.

There have been more than 50 homicides in the capital so far this year and knife crime is up 21 per cent on last year in the 12 months to the end of March according to Met figures.

The 63-year-old is outraged by the recent spike and she is organising a protest on May 12 at Woolwich Town Centre, where someone was stabbed on Monday last week, to call for tougher sentences for anyone caught carrying a knife.

Ms Booker said: “All us bereaved parents are going to stand united.

“Enough is enough. I’m sick to death talking about this, I want action.

“How can you heal and grieve when there are still people out in the street killing each other with knives.

“My heart and my head and the fire in my belly is alight. I can’t put this out until something is being done.

“There needs to be tougher sentencing.”

The stab wound severed the aorta and punctured his heart.

“My son was a lovely person, he was a wonderful boy. There were more than 400 people at his funeral. He was a free spirit. He was not a fighter.

“I suffered deeply when he died. There is basically no help out there.

“It blew me out of the water. I didn’t know whether I was coming or going.”

Ms Booker set up the Terry Booker Foundation (TBF) in 2005.

She retired last year and closed down the foundation, but the event next saturday will see a revival of her activism.

“It bleeds into lots of alleys. I had a very bad nervous breakdown.

“In the end I felt I have to do something. I couldn’t let my son die in vain. So I started the Terry Booker foundation.”

The charity provided support for bereaved relatives who had lost a loved one through violent crime.

At one point she had a network of more than 300 grieving relatives. They met up for coffee mornings, drop-in centres and awaydays.

The network included Michael and Sara Payne, parents of eight-year-old Sarah Payne who was abducted and murdered in 2000 and Barry and Margaret Mizen who’s son Jimmy Mizen, 16, was murdered in 2008 in Lee, Lewisham.

Stephen Beverley, who’s daughter Lisa was battered to death with a hammer in Plumstead in 2009, will be at the gathering next Saturday.

As will Margaret Cooper, the mother of David Cooper who was beaten to death in Woolwich in 2008.

“This needs to be given to people who know what they are doing. It can only be people who have experienced it first hand.

“Doctors and support workers will say, ‘I understand how you feel.’ No they don’t, they haven’t got a clue. No disrespect to them but they don’t.

“It’s a group that nobody wants to join but sadly there are thousands of us.”

Ms Booker will be at Woolwich Town Centre by 1pm on Saturday May 12.

She is expecting around 400 people to join her and she said that members of the public are welcome to join her.