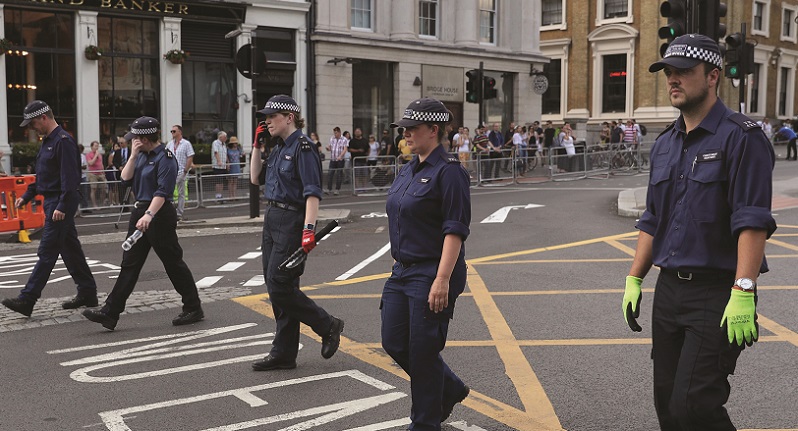 A string of police officers have been recognised for their efforts in the Westminster and London Bridge terror attacks.

The recipients of honours from Her Majesty the Queen were confirmed on Friday, June 7.

Commander Stuart Cundy has been awarded a Queen’s Police Medal for Distinguished Service.

Commander Cundy, from the Met’s Specialist Crime Command, led the police response on the night of the London Bridge terrorist attack in June 2017.

Less than two weeks later, he ran the police response to the Grenfell Tower tragedy, where 72 people lost their lives.

Through his compassionate leadership he has supported and worked with investigators, family liaison officers and voluntary organisations across the UK to improve and secure families’ trust in major crime investigations.

Commander Cundy said: “It’s an incredible privilege, but most of all extremely humbling to be recognised and awarded the Queen’s Police Medal.

“I joined policing with a belief in fairness and justice, and to serve others. I’ve been fortunate to work with so many exceptional colleagues and had the incredible support of my family.

“This recognition is particularly poignant for me as we approach the anniversary of the Grenfell Tower fire, and remember all those who have been so deeply affected.”

Commander Connors is one of the Met’s most experienced Public Order officers, having previously headed up the Taskforce team and risen through the ranks in frontline borough policing.

She had a key strategic role in the response to the 2017 Westminster terror attack, and has also coordinated major protection operations for senior international government figures, as well as taking a leading role in preparing for major events such as the Notting Hill Carnival, and the 2017 World Athletics Championships in London.

She has been a champion for gender equality and diversity throughout her career, in the traditionally male-dominated Public Order command.

Commander Connors said: “I am genuinely surprised and absolutely thrilled to have received such a huge honour.

“I have served in the Met for 26 years and I count myself very lucky to have had so many great opportunities and worked with so many fantastic people.

It’s a real privilege to have been awarded this QPM.” Acting Detective Sergeant Chris Davison, of the Met’s Counter Terrorism Command (SO15), has been awarded a Queen’s Police Medal.

Acting DS Davison was nominated for playing a pivotal role in the successful management of evidence from almost every major counter- terrorism investigation since 2005, when he was seconded to work on one of the scenes of the 7/7 terror attack in London.

He assisted in the Alexander Litvinenko murder inquiry in 2006; the Westgate attack in Nairobi, Kenya in 2013; the terror attack in Tunisia in 2015 in which 30 British citizens were murdered; the inquiries into the Westminster and London Bridge terror attacks and the Grenfell Tower fire all in 2017; and the Salisbury Novichok investigation in 2018.

He said: “I am proud and humbled to receive this award. My work is now and has always been a team game and without my colleagues both new and old, I would not be in this position today.

“I have served as part of the Anti-Terrorist Branch and latterly the Counter Terrorism Command for many years and seen many things.

Never did I think many years ago as a uniformed PC that I would be privileged to do the things I do with some of the most professional police officers and Staff in the Met.”

Commissioner Cressida Dick said: “I would like to congratulate all of the colleagues whose remarkable achievements, both in their professional and personal lives, have been recognised by Her Majesty The Queen.

These are special accolades that they and their families and loved ones can take great pride. “The awards reflect a huge variety of contributions in many different aspects of policing in London and beyond.

In addition, there are officers whose contributions to charity work and fundraising have been extraordinary and inspirational.

“This is a snapshot of the brilliant people working across the Met, and I am incredibly impressed and proud.”