He moved to the left as he got older.

He was first elected as a Progressive – or Liberal, but joined Labour by 1919 and was the election agent for Britain’s first Asian MP, a Communist, by 1922.

His father, Richard, was a ship’s steward from Barbados, and his mother Mary Theresa, was Irish.

He was a medical student for a time and a prize-winning photographer.

John travelled at least three times around the world in his youth, living for a while in the West Indies and North America.

He met his wife, Bertha, a black Canadian, in her homeland.

He was in his late 20s when the couple set up home at 55 Brynmaer Road, near Battersea Park.

Mr Archer earned his living as a photographer, with a studio in Battersea Park Road.

He appears to have been successful as a photographer, for his work won many prizes.

He then turned his interest to local politics, and was elected to the borough council in 1906, as one of the six councillors for the Latchmere ward, where he topped the poll with 1,051 votes.

He lost his seat in 1909, but won it again three years later.

His racial background was the subject of intense media interest.

Some press reports claimed he was Burmese by birth and likening him to a Hindu or Parsee in appearance.

He was elected as Mayor of Battersea in 1913 and gave a rousing speech in which he declared: “My election tonight means a new era. You have made history tonight. For the first time in the history of the English nation a man of colour has been elected as mayor of an English borough.

“That will go forth to the coloured nations of the world and they will look to Battersea and say Battersea has done many things in the past, but the greatest thing it has done has been to show that it has no racial prejudice and that it recognises a man for the work he has done.

“My mother – well, she was my mother. My mother was not born in Rangoon. She was not Burmese. She belonged to one of the grandest races on the face of the earth. My mother was an Irishwoman. So there is not so much of the foreigner about me after all.”

He added a month later: “Do you know that I have had letters since I have been Mayor calling my mother some of the foulest names that it is possible for a mother to be called.

He successfully campaigned for a minimum wage of 32 shillings a week for council workers.

In 1918, he became the first president of the African Progress Union and chaired the Pan-African Congress in London and said: “A famous company of American Negroes were playing that soul-stirring Negro tragedy Uncle Tom’s Cabin.

“I saw the play, and from that day the seeds of resentment were planted within me that have resulted in making me the race-man I am. Too long, much too long, has the Negro race suffered.

“We who were born under British rule and are of the Negro race here still need reparation to be made to us.

“We are the ones to show resentment, if it should be shown. 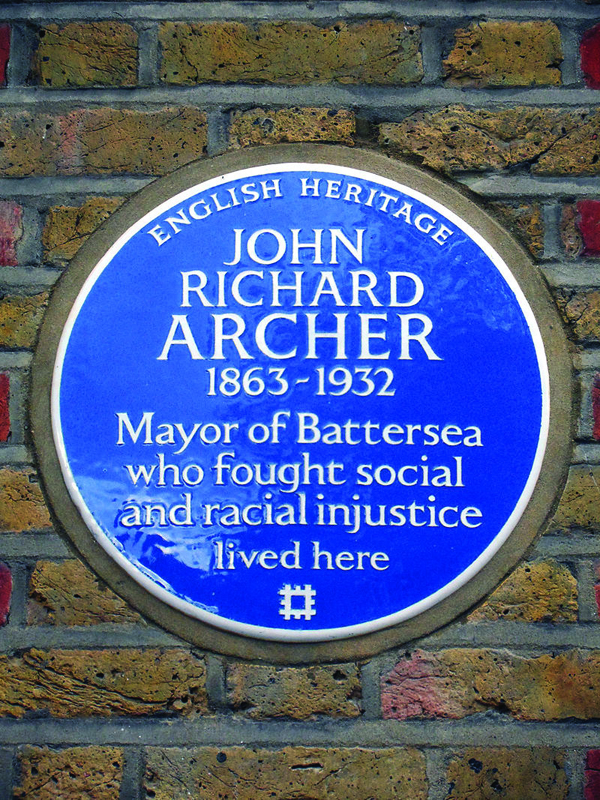 “We, the offspring of those islands are the ones to bear malice, if it should be borne. How have we borne this malice? Look in France and Flanders, and we get the answer. When England was in dire need, African, American and West Indian Negroes forgot injustice, forgot wrongs; forgot insults, and hastened to the nation’s call. How have they been requited?”

Mr Archer was re-elected to the council for Labour in 1919.

In 1922, he gave up his council seat to act as Labour Party election agent for Shapurji Saklatvala, a Communist Party activist standing for Parliament in North Battersea.

He convinced the Labour Party to endorse Saklatvala and he was duly elected one of the first Indian MPs in Britain.

“He and Saklatvala continued to work together, winning again in 1924 until the Communist and Labour parties split fully.

“In the 1929 general election, he was agent for the official Labour candidate who beat Saklatvala. He was later re-elected, in 1931, councillor for the Nine Elms ward and when he died a year later on July 14, 1932, a few weeks after his 69th birthday, he was the deputy leader of Battersea council.

His funeral was held at the Church of Our Lady of Carmel in Battersea Park Road on July 19. In April 2013, Mr Archer was honoured by Royal Mail in the UK, as one of six people selected for the Great Britons commemorative postage stamp issue.

In November 2013, English Heritage placed a blue plaque at his former home, 55 Brynmaer Road, Battersea. The Ark school federation has a primary school named after him in Plough Street, Battersea, the former High View School.