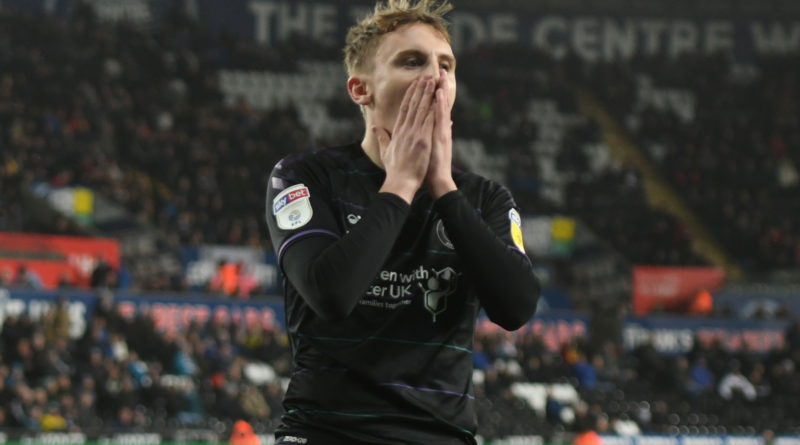 The home side had the chances to be comfortably ahead by the interval.

Dhanda finished from the edge of the box, the ball potentially taking a nick of Jason Pearce on its way past Dillon Phillips, in the 14th minute.

Borja failed to punish Albie Morgan for losing the ball to George Byers and then Dhanda also failed to hit the target as another press by the home side created a prime chance.

Phillips made a sprawling save from Andre Ayew in the 32nd minute with Byers lashing the loose ball against the base of the post.

Connor Roberts also fizzed a chance over the bar with Swansea looking in control at the break.

Charlton’s side got even younger in the second period as Lyle Taylor made way at the break for Alfie Doughty, the left-footed attacker driving across the face of goal as he broke into the box fairly soon after the restart.

Will Vennings, another academy product, was also introduced and the Addicks had far more possession but lacked the cutting edge needed to force Freddie Woodman into action enough.

The Swansea keeper did dive to his right to keep out Doughty’s low shot in the seventh minute of added time, Gallagher then driving another effort straight at him.

One of Charlton’s best opportunities came in the 18th minute, Tom Lockyer lost his marker to meet a Conor Gallagher free-kick but nodded into the arms of Woodman.

The Addicks have one win in their last 14 matches but they showed plenty of fighting heart in Wales. The hope has to be that their crippling injury list eases after this weekend’s FA Cup third round tie against West Brom – and that East Street Investments, who completed a deal to buy the club, help Bowyer make January additions to his overworked and understaffed squad.