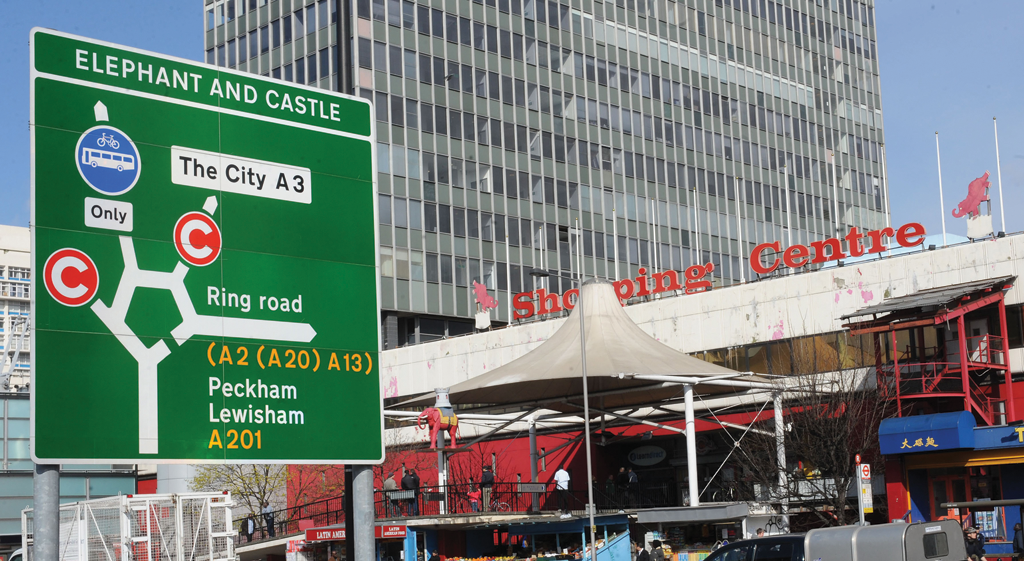 Campaigners who successfully delayed regeneration of Elephant & Castle have vowed to fight on for more affordable housing and a better deal for residents.

Traders and residents will debate the latest offer from developer Delancey on their controversial plans to redevelop the Elephant and Castle shopping centre.

The scheme has been drawn up with Southwark council and the University of the Arts campus at the travel hub – formerly the London College of Communication.

But on January 15, Southwark’s planning committee voted to defer Delancey’s controversial plans to replace the Elephant and Castle shopping centre.

Protesters said the £1billion scheme was filled with mostly luxury flats and retail units which are unaffordable to local people, displacing Latin American and other BAME businesses and communities.

The decision not to approve the plans follows a two-year campaign, which last month saw students from the London College of Communication, a partner in the deal, occupy their university in  objection .

Delancey responded with a last-minute improvement to the offer, but a statement by campaigners dubbed the new details “promising, but vague” and “disappointing.”

They said : “Instead of the promised 116 social rented homes, Delancey are now only offering 74. The original offer was just 33 and that 80 London Living Rent homes have disappeared from the application – the relocation plan for the traders remains worryingly vague and includes less than 300 sqm of affordable workspace in the new box park.

“This is to replace the 4,000 sqm the traders currently occupy in the Elephant.

“And there is no sign Delancey is prepared to sacrifice any of its projected £153million profit to meet the community’s demands.”

Jerry Flynn, from Elephant Amenity Network, said: “Delancey is pulling the wool over Southwark council and it councillors’ eyes. They have increased the amount of social rented housing by increasing the rents on all the other affordable housing – the amount of affordable housing at the top rate has been doubled and nearly half will now be at 80 per cent market rent.

“Delancey is still not meeting Southwark’s need for proper affordable housing, and their application must be thrown out until it does.”

Tanya Murat, from Southwark Defend Council Housing, said: “I hope the councillors on the planning committee refuse this application. Really, it’s just crumbs from the rich man’s table and should be treated with the contempt it deserves.

“We got improvements by fighting back and we intend to continue until a scheme comes forward which benefits the community.”

Sahaya James, campaigns officer at Arts Students Union and UAL student said: “UAL have confirmed that if they were to drop out Delancey wouldn’t be able to proceed with the development in its current form, proving the university have the power to put pressure so the plan is properly amended in the interests of the community who work and live in the Elephant.

“The fact the decision has at all been delayed and we’re seeing Delancey attempt to appease our campaign with minor amendments is testament to what’s possible when students, workers and the community come together, organise and take action.

“Students are definite and will continue to campaign against our university’s shameful complicity in gentrification.”

Patria Roman-Velazquez, founder and chairwoman of Trustees, Latin Elephant, said: “The recent offer by  Delancey, though taking into account many of the issues raised by traders in the past, still falls short of a realistic relocation package for existing migrant and ethnic traders.

“The traders would like to see a relocation package that provides real alternatives and a commitment to see those who would like to do so returning to the new site.

“It is also worrying that the temporary space provision to relocate businesses in the short term is very far from sufficient to allocate all existing traders.”

Councillor Mark Williams, cabinet member for regeneration and new homes, said: “The revised application has been submitted and we are considering the changes. We want to hear from our residents about what they think of the revisions made and we will be taking these comments into account.”

A spokeswoman  from Delancey said: “We are committed to creating a thriving town centre in Elephant and Castle which will benefit the local and wider community.

“Since the planning committee in January, we have been working hard to listen to the concerns of local businesses and the community, councillors and the council to find agreeable and financially viable resolutions to the concerns that were raised.

“We will be continuing to engage over the coming weeks to discuss these proposals to reach a mutually acceptable and positive result for all to provide essential improvements to the transport, education and housing provision for this key London location.”