The scenes that took place the last time Leicester City rolled into Bermondsey in the cup will have been fresh in the memory of everyone ahead of Wednesday night’s reunion.

In truth, that was a game that Millwall probably won before they even stepped on to the pitch such was the ferocity of the atmosphere at the Den that day. Just ask Ben Chilwell.

Lions’ fans can often sniff out a giant-killing from a mile off – but there didn’t seem to be much optimism for an upset prior to kick-off in SE16. But Gary Rowett’s patched-up side did themselves proud despite their exit from the EFL Cup. They were probably even hard done by in the end with the 2-0 scoreline.

The Lions settled well and should have taken the lead after just 10 minutes when Ryan Leonard, who was exemplary at right wing-back once again, flashed a volley wide from the edge of the box.

Connor Mahoney, who was handed a rare start, went close just minutes later with a fierce drive from range which was beaten away by Leicester stopper Danny Ward.

Mahoney isn’t quite drinking in the last chance saloon just yet, but it certainly felt like a big night for the winger. He’s shown flashes of brilliance since his seven-figure move in the summer of 2019 but has failed to deliver on a regular basis in a Millwall shirt.

Jed Wallace’s absence gave Mahoney the type of platform he’d have craved over the past 12 months – a spell where he’s been blighted by injury before being sidelined from the Lions team. He did his best to make the most of that opportunity. Mahoney always looked the player most likely to make something happen for the hosts. 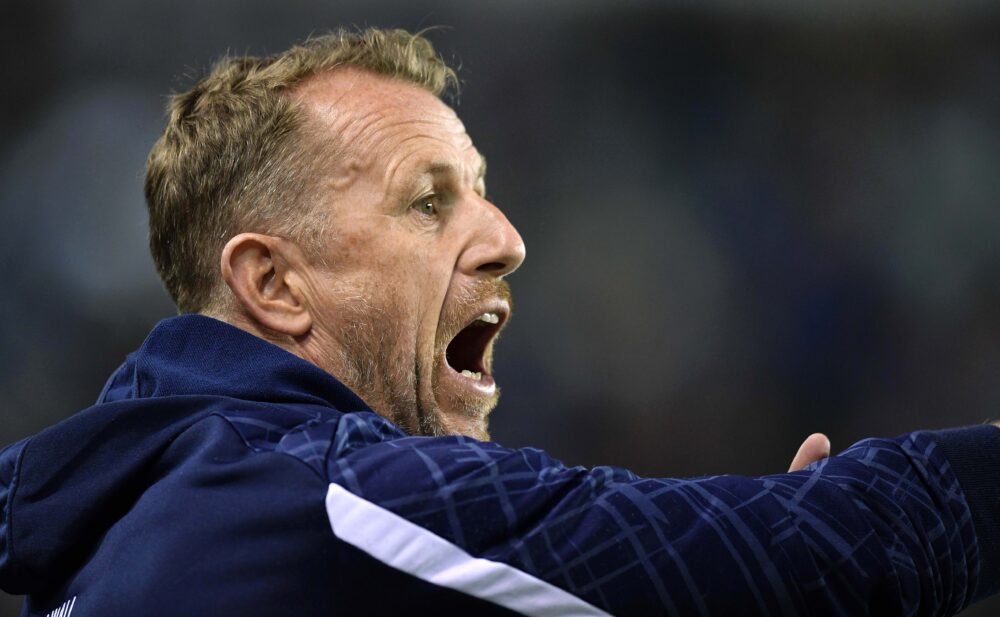 There were still occasions where there was one feint too many but the fleet-footed technician did his best to outfox Leicester, who were left bamboozled by his forays down the right flank.

The challenge now for Mahoney is to do something that he’s struggled to do in his time at Millwall – string together back-to-back performances.

A similar showing against Leicester’s Midland rivals Nottingham Forest tomorrow would definitely get Mahoney’s Lions career up and motoring again. He wasn’t the only player to stake his claim for a starring role on Saturday, either.

Shaun Hutchinson was a calming influence in defence on his return from injury and he can help tighten up the Lions uncharacteristically soft defence going forward.

George Evans and Billy Mitchell held their own as a midfield pairing against Leicester duo Youri Tielemans and Wilfred Ndidi.

Evans, particularly in the first half, probably enjoyed one of his best games in a Millwall shirt. 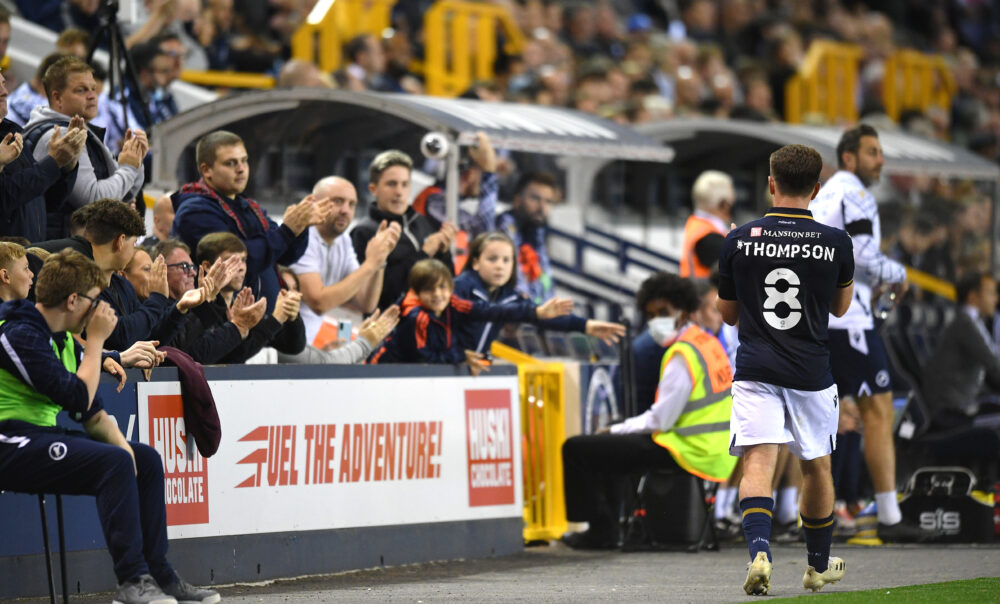 But all the positive work was undone just minutes after the break.

And what made it worse was that Leicester’s opener was self-inflicted. Leonard took an age over a throw before launching the ball across defence to Jake Cooper, who attempted to drive Millwall up the pitch.

Unfortunately he crashed straight into a sea of turquoise shirts, which resulted in Kelechi Iheanacho bearing down on goal. He was thwarted by George Long, but the Lions stopper could only palm the ball into the path of Ademola Lookman.

The ex-Charlton man made no mistake, thumping the ball into the top corner to leave Millwall with a mountain to climb.

Injuries and illness had left the Lions with Tom Bradshaw and Ben Thompson alongside Mahoney in their three-pronged attack. Thompson playing on the left of a front three was actually a throwback to his role in the side when Rowett first arrived at the Den. It was Thompson who notched the first goal of Rowett’s reign from that position, in the 2-0 win over Stoke almost two years ago. The pair ran themselves into the ground for the cause all night long but unfortunately had no impact on the ball at all.

You can’t help but feel that the Leicester backline would have had a more thorough examination had the Lions been able to field a couple of missing forwards. 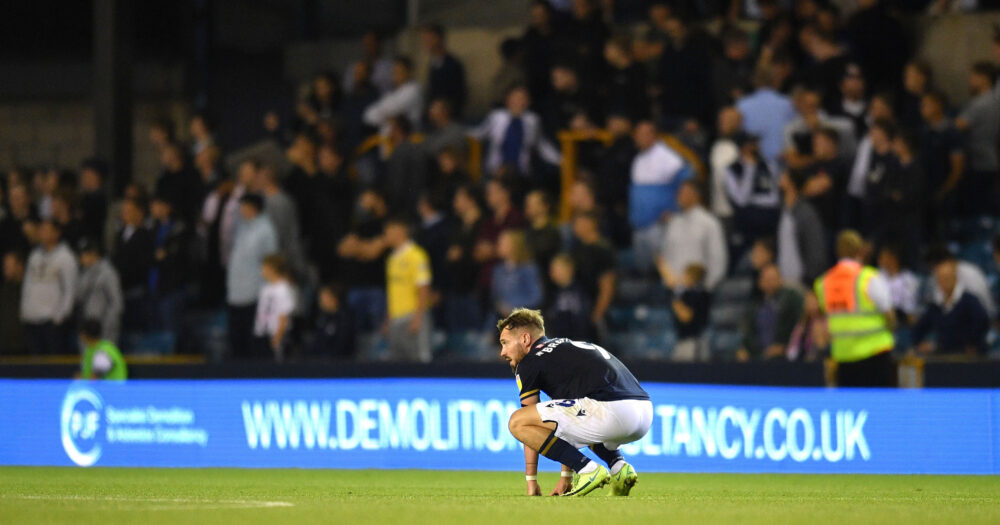 Rowett introduced Benik Afobe and Matt Smith in the final third of the game. With options depleted, there’s little else the Millwall manager could have done as the Lions finished in a gung-ho 4-2-4 shape.

But it was always going to be a tough ask against a Leicester team who have been a thorn in the side of some of the Premier League’s big hitters over the past 12 months.

Iheanacho’s thumping finish to kill the tie off came directly from Millwall pushing forward in search of an equaliser.

Rowett and his side can still take plenty of positives from Wednesday night. They looked much more robust at the back with Hutchinson back.

The likes of Mahoney and Mitchell getting vital minutes under their belt is another plus, whilst being able to rest the likes of Scott Malone and George Saville shouldn’t be underestimated.

Although Millwall couldn’t quite muster up another cup upset, they can kickstart their Championship campaign with a similar performance at Forest.

STAR MAN
Ryan Leonard. Put in another sterling display playing out of position at right wing-back. Is there anywhere he can’t play?

BEST MOMENT
Connor Mahoney’s inch-perfect free-kick seemed to take an age to agonisingly drift beyond a crowded penalty area without the required touch.