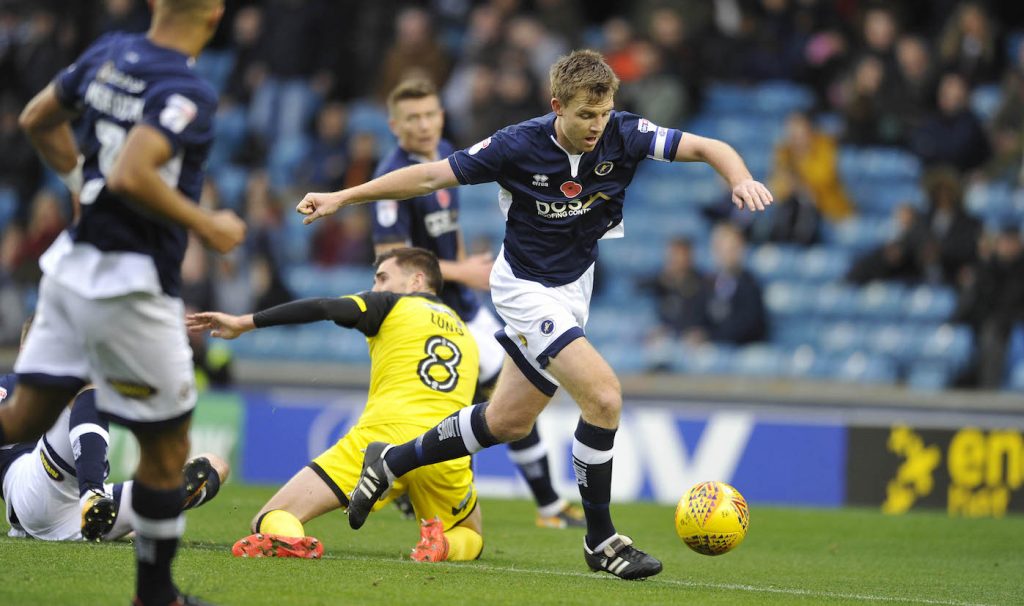 Millwall captain Tony Craig hopes he did enough on his first Championship start of the season to retain his place for the trip to Sunderland on November 18.

Saturday’s 1-0 defeat to Burton Albion was the 32-year-old’s first outing back in the second tier of English football since February 2015 when he was at Brentford.

Jake Cooper has served his one-match suspension after being sent off at Reading and will be available for the long trip to the Stadium of Light.

“It was good to start a game,” said Craig. “In the first 10 minutes it took me a little while to get going but after that I settled in well.

“It is part and parcel of football [ fighting for your place]. You have to take the rough with the smooth, when your chance comes just try and take it. I want to give the manager a decision to make.”

Craig admitted he was surprised by Jed Wallace’s 59th-minute red card against the Brewers but refused to criticise referee Tony Harrington.

“I just presumed it would be a yellow card. He has made his decision and we’ve got to stick by that.

“We had a lot of momentum going forward and created a couple of opportunites.

“The sending off gave them an incentive, they capitalised on it within 10 minutes and from that point we were chasing the game.

“We’ve got to dust ourselves down and move on to the next one. It’s going to be a long two weeks. We can’t wait for the Sunderland game.”